First things first…. 10/10 on how I feel about my Nintendo Switch purchase. I never thought a console could get me away from PC gaming, and certainly not playing the same games (less optimized, and with a controller – which I hate) on a PS4 or XBox One (that’s still the iterations, right?).

No, I don’t want to play Call of Duty 10 or God of War 15. Just looking at the lineup for PS4 makes me feel bad for people who were ripped off by these garbage games:

Aside from the fact that the only games on the list worth playing: Far Cry 5, GTAV, and Fortnite are WAY better on the PC, look how many numbers come after the games. It’s the same old crap, served up on a different plate.

The ones to come – look like the best ones yet. I’m talking about the new Mario Party, and the new Smash Brothers.

But there’s one title that makes the attractive $300 price tag of the switch worth it by itself:

BREATH OF THE WILD

I’m an adult now, so I don’t keep up with these games like I used to – and I had no idea what to expect walking into this game.

5 minutes after booting up my new Nintendo Switch and loading the game, I knew I made the right choice. I walked out of the resurrection shrine (where you start) and I was 8 again:

I turned to my brother like a puppy in the pet store: “OHMYGOD IS THIS HYRULE? ISTHAT DEATH MOUNTAIN? IS THAT HYRULE FIELD? CAN I GETAHORSE? HYRULECASTLE LOOKS AWESOME, WHATARETHOSE MOUNTAINS BACKTHERE, CAN I GO THERE??!”

My brother had a simple answer:

“Yes, that’s Hyrule – and anything you see – you can explore. No unreachable terrain, everything has content.”

I was hooked already, but that was just the surface.

The game starts you off in the center of Hyrule, on the Great Plateau. This area is massive within itself, 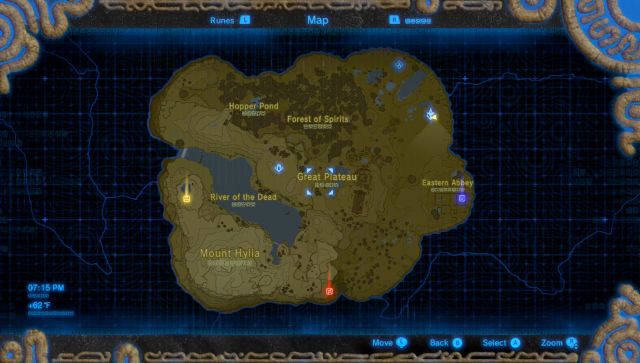 That area alone takes a longgggggggggg time to navigate….

….Then you zoom out: 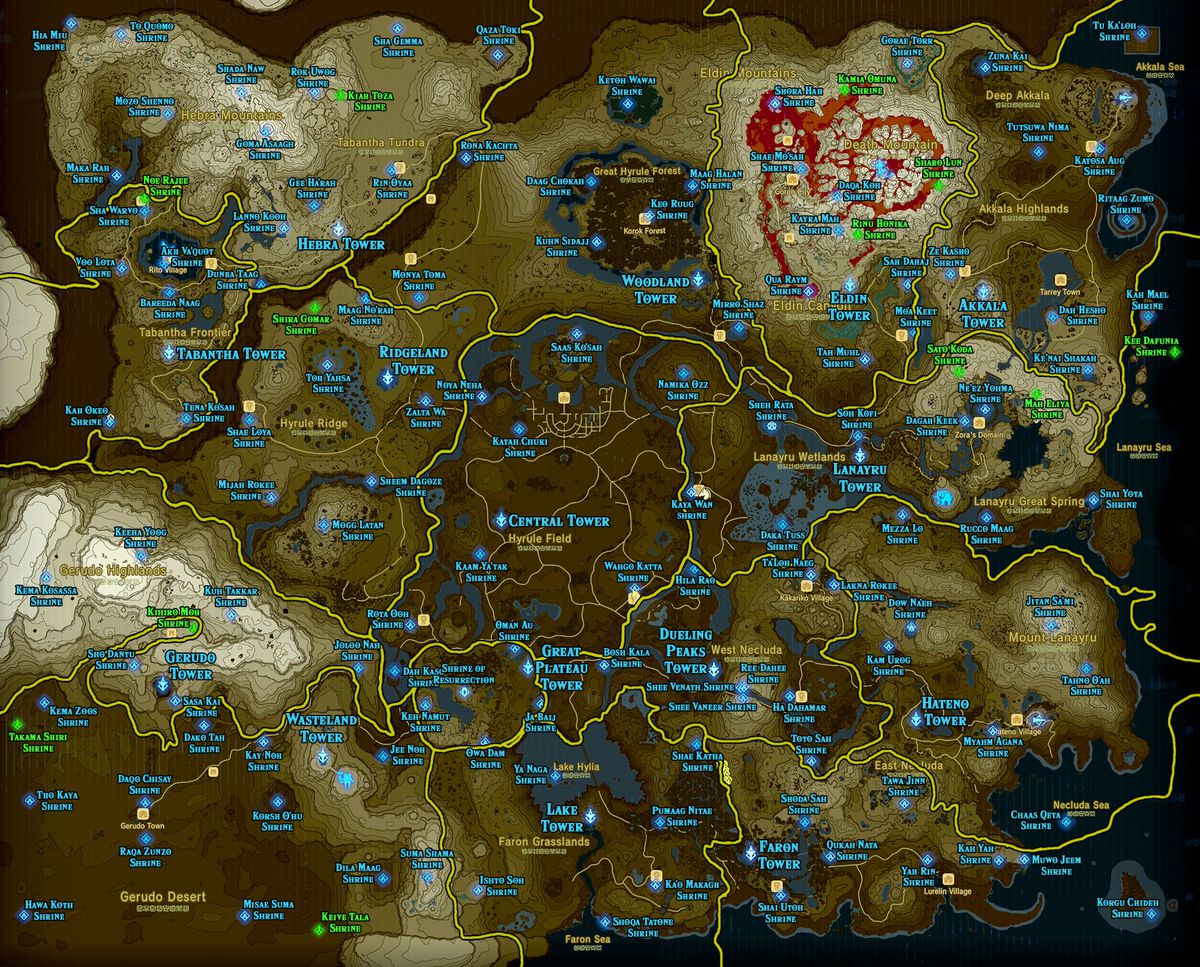 See this speck in the middle? That’s the Great Plateau where you start:

So right away on this massive starting area, the game wastes no time – and does something I love and wish a lot of other games would do.

It gives you all of the tools that you’re going to have for the rest of the game, right away.

Then it says: good luck! And you’re off into the world, you can go anywhere you want, check out anything you like. Nothing is off-limits if you’re clever enough (my brother told me you can go straight to Hyrule castle and fight Ganon, although I didn’t try).

The world is massive, immersive, and beautiful. There’s content everywhere. Animals running around, creatures hiding under rocks. I was 30 minutes into the game leaving the great plateau, making my way to the first place I wanted to check out when a pile of rocks I walked by started moving.

World boss?! But I’m so new! The game doesn’t care. If you step into an area you have two options: fight or flight. Being 30 mins old in my starter gear, I ran like hell and it was so much fun.

Even the “trash mobs” walking around the game are challenging. The hints on the loading screen are there to help and are to be heeded:

“Every fight is likely winnable depending on the strategy you take.”

No fights are Slash & Dash here. You’ll be working in every engagement you come across and you’ll pay for it if you don’t.

The mechanics are also super smooth, everything feels great and fluid. If you hit a head, it’s a headshot. If a mountain looks remotely climbable, it’s climbable. I’ve come up with (and seen people come up with) some insane combinations for things.

The game seems to invite this and purposely allows everything to be beaten in a seemingly infinite number of combinations if you’re clever enough. There’s more than one way to do almost anything in the game, at any time, in any order.

The freedom is intense. With such a large map and so many places to go – you’d think there would be a lot of empty spots – there isn’t. I have no idea how this game was optimized on a console that’s literally a tablet, but it amazes me. 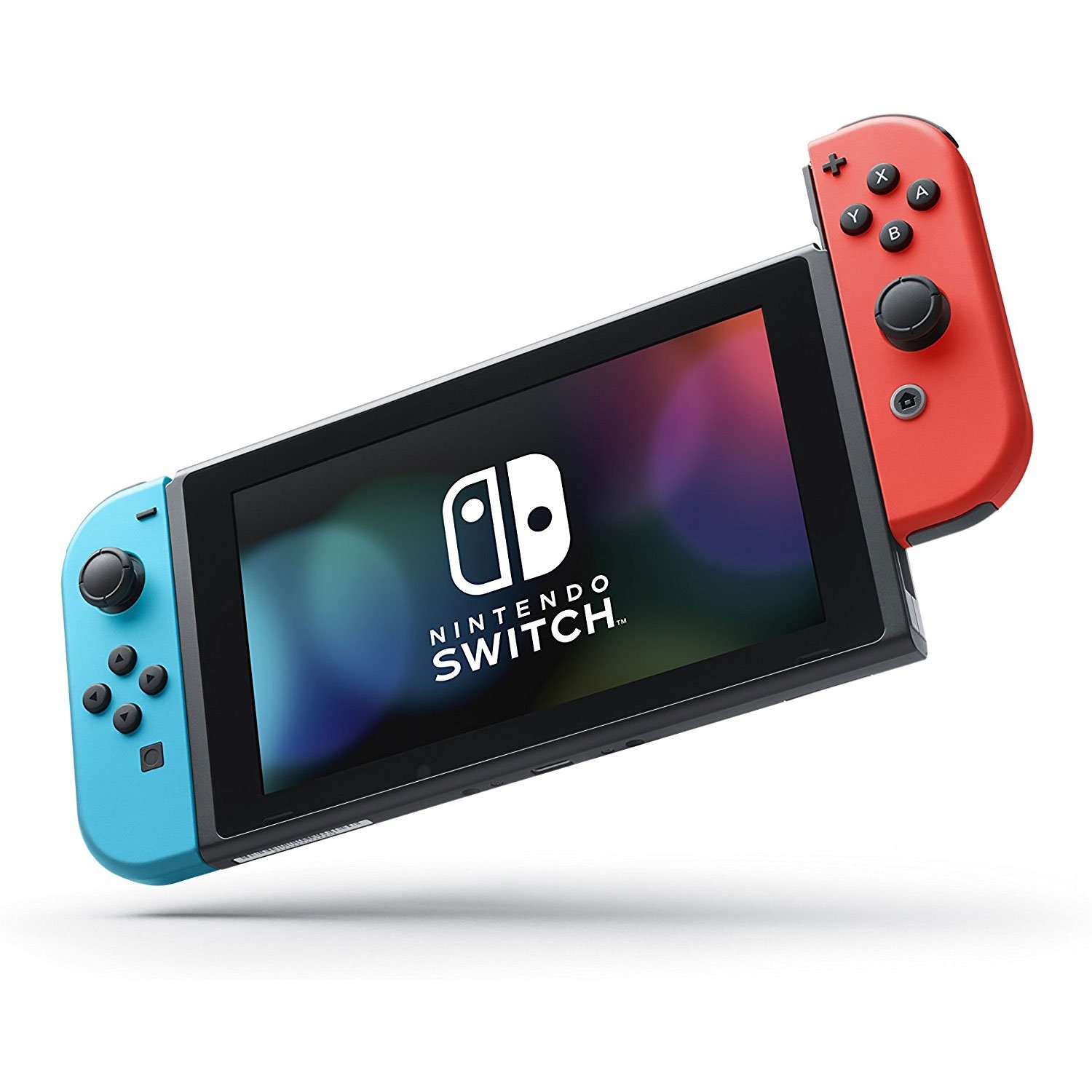 There are so many puzzles, fights, areas to explore, main quests, side quests, hidden quests, odd quests – I’m through the main quest finally but I couldn’t imagine how long it would take to 100% this game.

Here’s the icing on the cake – for the people who have 200-300+ hours to clear all the “vanilla” content this game launched with – There’s DLC. Are you kidding me?!

The fact that people fit arguably the best game I’ve ever played on a cartridge that is about the size of two of my fingertips is freaking incredible.

One thought on “Everything I Loved about The Legend of Zelda: Breath of the Wild”