I didn’t think this level of disappointment was possible.

I was so excited for this game. I mean, really, really excited. The first week of October I was at my company’s annual get-together (my colleague clickysteve does this more justice than I ever could in his post) when this game released. A few people at the meetup had it, and were asking me to play – but I had other plans….

I had already pre-ordered the game and had snacks, booze, family and friends waiting on an epic game night planned back in Texas with a single purpose in mind: Game on the new Mario Party all night long.

The stage? Me, Kristen, my brother, and his girlfriend. All of us had played previous Mario Party’s, but would come into this night fresh – not knowing the boards, minigames, nothing.

Turns out none of that mattered.

The maps are small. I mean, extremely small.

We went from this in Mario Party 2 on the Nintendo 64: 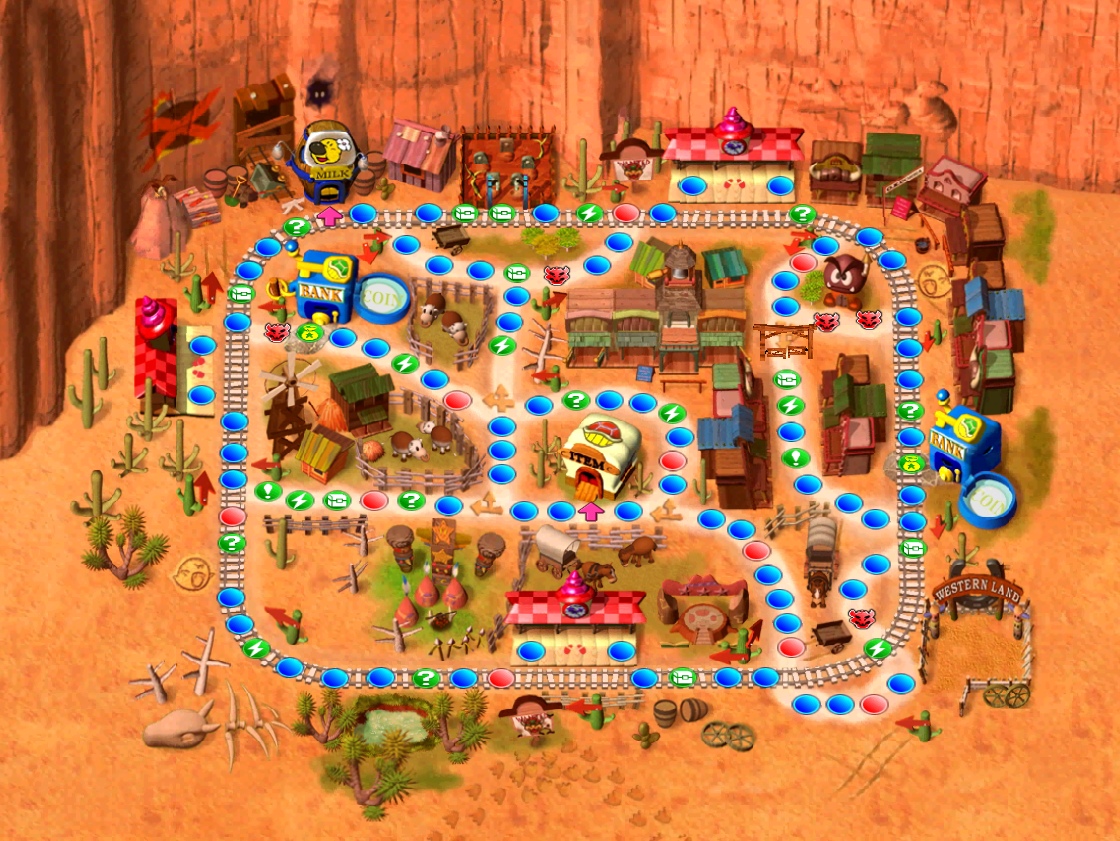 to this four generations of consoles later: ARE YOU KIDDING ME?

Even worse, all the randomness and skill is taken out of the game. No more Bowser, no more duel spaces, the mini-games are mehhhhhhh, and the worst part is there’s never any guess about who wins – even bad luck spaces or super bad luck spaces suck.

Where’s Bowser space where he randomly chooses to be nice and give you all someone’s stars? WHERE THE HELL ARE BONUS STARS?? Literally i’ve seen bonus stars for:

The game places no emphasis on who won minigames or played strategically. Total crapshoot. Golden pipes are completely broken and can be abused.

It takes about three games to realize it’s just a time suck. There are some other modes – rafting and music mode…. they’re pretty boring too.

Ultimately, it just feels like a rushed and unpolished game.

In the words of my colleague Chris:

If all of the minigames we’re available online, then I’d say it’s at least worth getting

One thought on “Super Mario Party”